The origins of Mantua date back to the Etruscans – Mantus was a god of Hades. Here was born the great Latin poet Virgil (Publius Vergilius Maro 70-10 B.C.). 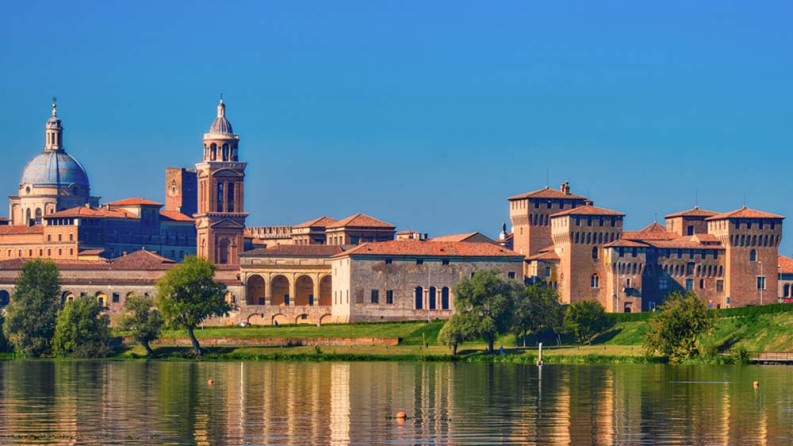 Visiting Mantua, walking along the old town heart is like stepping back in time. The imposing Piazza Sordello is enclosed by the Ducal Palace, the Cathedral and the palaces dating back to the Middle Ages.

Piazza Sordello originally named piazza S.Pietro, the very first nucleus of Mantua, was the scene of the coup d’état of August the 16th 1328 when the Gonzaga family took over the power of the city from the Bonacolsi family, rulers of Mantua since 1272. The Gonzaga family ruled for nearly four-hundred years up to 1707 when the city passed under the Austrian government.

The Gonzaga’s built The Ducal Palace, the largest court in Europe covering 34.0000 square meters with over 500 rooms, 15 open spaces among gardens and courtyards. A real city within the city, magnificent and enchanting. 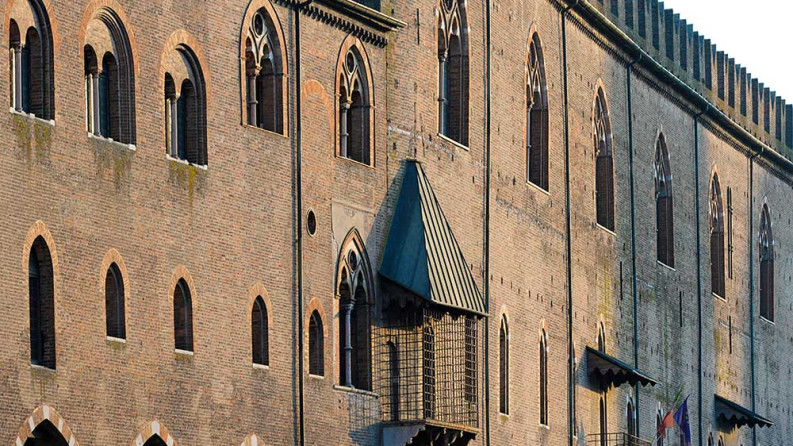 Among the court internal squares the largest is the sixteenth-century Piazza Castello surrounded by a portico with a central exedra leading to the entrance of Castello di S. Giorgio. Built at the end of the fourteenth century by military engineer Bartolino da Novara has four defensive towers and a central moat, further reinforcing the natural defence of Mantua already surrounded by water.

Under a long portico where you can still see traces of frescos with fruit festoons, foliage and painted marbles you come to b with the imposing Basilica Palatina once linked to the palace through an inside passage