One of the most beautiful villas in Italy and a masterpiece of the Mannerism palazzo Te was built by Giulio Romano between 1525 and 1535, as a suburban residence for Federico II Gonzaga. “Te” seems to be a place-name and has no relation with the word “tea” (te in Italian means tea).

Federico chose this place where the family used to keep their horses and Giulio Romano, enclosing the old stables, created an extraordinary palace: the square plan recalling that of a roman villa, with a central courtyard and a low profile rustic architecture naturally blending in the green landscape of the surroundings. The back of the palace opens onto a garden with two side pools called Peschiere.

An exedra was later added to close the garden. In the left corner of it a small building known as Secret Garden, a very private place probably recalling Isabella d’Este garden in the Ducal Palace. At Palazzo Te Federico spent his time with his mistress Isabellla Boschetti, the real love of his life, but the private residence soon became a state palace for the court official receptions. In 1530 the Emperor Charles V came to Mantua and was received here with great ceremony.

On that occasion Federico was given the title of Duke. The Emperor came a second time, two years later, and was able to admire the vault of the Giants’ room, at the time almost completed. 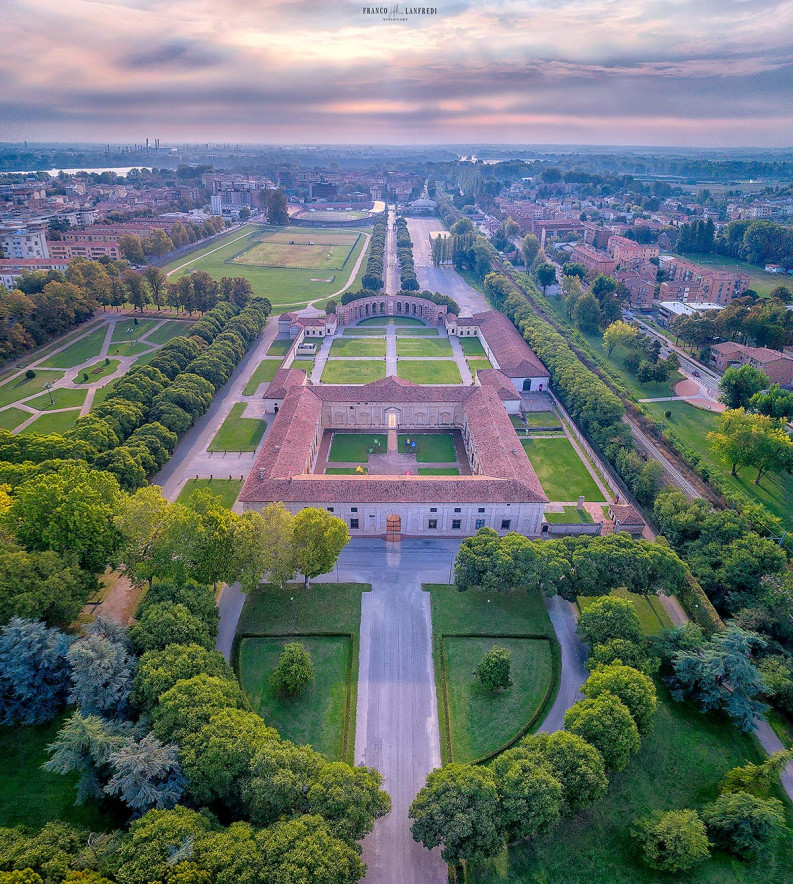 For the decoration project Giulio Romano playfully followed the natural inclinations of the Duke, with the first half of the palace celebrating private passions and the second one public virtues and political aspirations. Among the beautiful rooms the outstanding Horses salon, pride of the family and Federico’s craze. The best horses of the stables are portrayed life- size along the walls with an amusing perspective play.

Just one step forward, the Room of Psyche is a triumph of sensuality: once the banquet room, it is maybe the most renowned room of the palace where Giulio and school expressed themselves at their best. Here is told the myth of Eros and Psyche and their tormented love (probably hinting at the real story of Federico and Isabella).The vault, divided into octagons and lunettes is striking for the conveying power of the figures painted, their volumes and light and shades, according to the canons of Raphael (Giulio Romano’s master). The explicit erotic scenes with the gods’ loves and a statue of Venus (once at the centre of the room) described by Vasari as ‘incredibly sensual’ made Psyche’s one of the most well known rooms of the 16th century.

Passing under the beautiful David’s Loggia celebrating the military virtues of the Bible King, the decoration theme turns into a celebrative representation of the past and present empires leading to the most famous Giant’s Room. Here Giulio Romano with spectacular paintings covering the entire surface of the walls celebrated the victory of the Emperor Charles V. The room has still got an interesting acoustics due to its shape, made on purpose to enhance the sound in it.

Here it is told the story of the fall of the Giants from Olympus after their rebellion against Jupiter. The tragic scene sees the giants completely swept away by a terrible landslide of rocks and struck by Jupiter’s lightning. The visual impact is so powerful that one feels as if everything is actually crashing down on them. With the almost grotesque faces of the giants, the classic proportions. 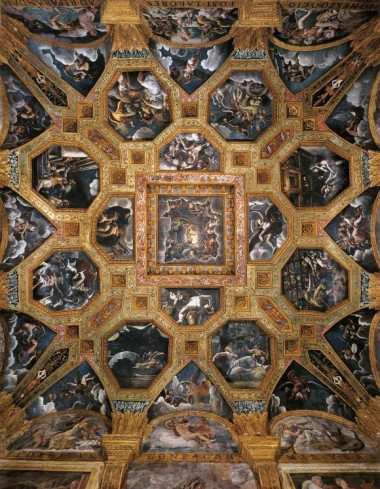 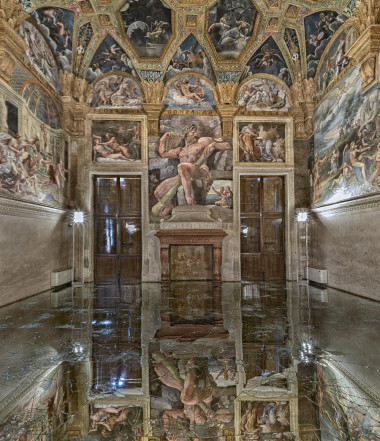 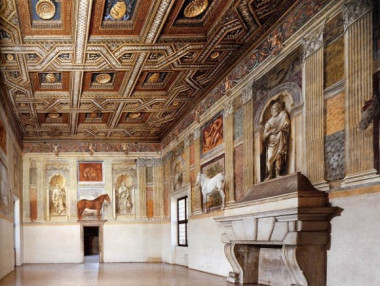 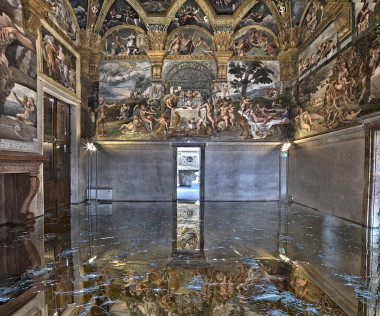 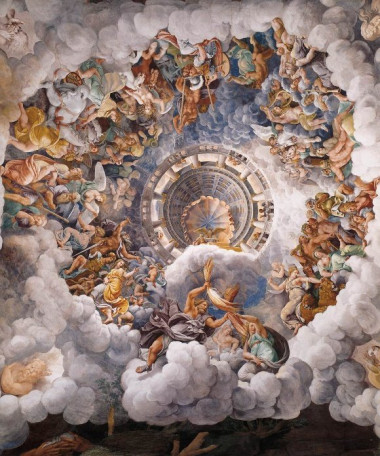 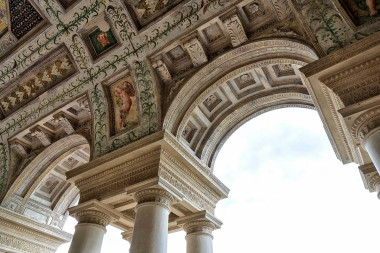 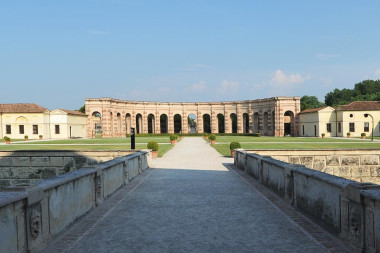 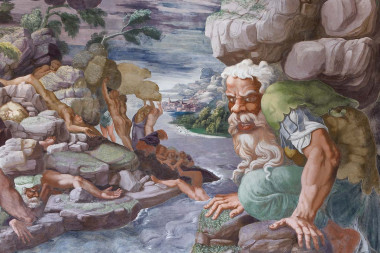 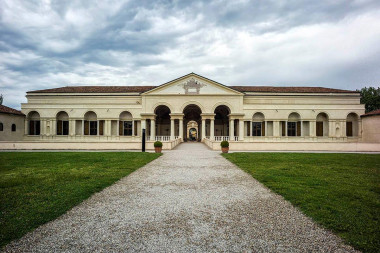